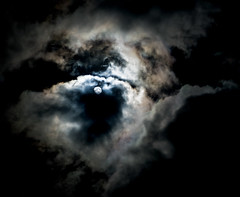 Bootstrapping is slang for starting your business super cheap. Guy Kawasaki’s The Art of the Start: The Time-Tested, Battle-Hardened Guide for Anyone Starting Anything

are two of the best books for anyone who wants to start their enterprise with as little money and debt as possible. Because it is fairly new, one thing you aren’t going to see in either is using “cloud computing” to help save you money when you get started.

The cloud is a euphemism indicating all of those applications we download or use from the Internet. Cloud computing gets mixed up with Web 2.0 and Open Source terminology. It is the layman’s term for all of those nifty programs we use, for free, that are stored up in the clouds and rarely on our hard drive. If you do have them on your hard drive, you probably didn’t pay anything for application or their upgrades. Open source is a recent phenomenon that allows any skilled programmer to make improvements to an application. The most commonly known are the Linux operating system (OS) and Open Office, which Microsoft considers such a threat to MS Office that they are launching their own ad-supported free version of Office next year. Adobe Photoshop is being challenged by photo editing open source application Gimp.

Web 2.0 applications are less likely to be downloaded to your hard drive. Examples you may already be using include Google Docs, Yahoo Mail and Zoho. However, hop over to Go2Web20.com and prepare to be startled by your choices. Whether you need an accounting application like Mint.com (just acquired by Quicken’s parent company, Intuit) or Viddler for video editing or Box.net for file storage, you can find virtually anything in a Web 2.0 version now. Design your logo or business card or Twitter background, brainstorm via mindmapping, or create your own magazine. It’s all there!

Many of the sites will charge you nothing during the beta versions, but will charge a fee once they are fully up and running. Usually this fee is affordable and significantly beats the software costs, and additional upgrade fees, that can run into the hundreds of thousands of dollars with traditional software choices. If you are starting a solo or small enterprise, cloud computing should be start of your bootstrapping plan. What are you favorite apps? Let our readers know below.

For over 40 years, I’ve been coaching high-achieving leaders to be successful. As a business owner, I’ve been in your shoes — I’ve been a CPA, lawyer. I’ve started real estate, appraisal, title and insurance companies. And as an investment advisor, consultant and business trainer/coach, I’ve seen all kinds of businesses fail — and succeed.

So, what’s the difference between a great business and a meh, or not-so-good business?

I hate to see businesses struggle and lose everything they work so hard for. The stakes are too high for everyone…for you, your employees and your families. Let me show you a better way. Using the 7 Keys to Business Mastery™, I’ll show you a proven system that gets your business unstuck, on-track and moving forward.